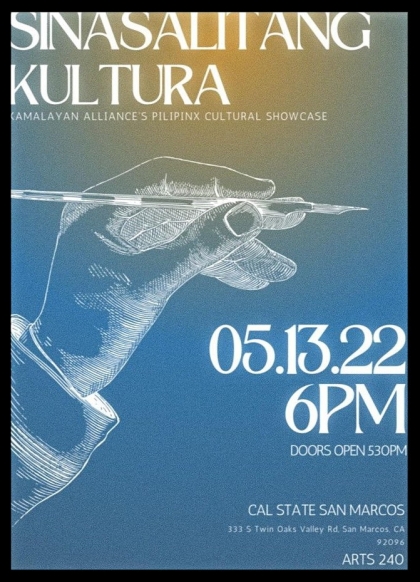 "Sinasalitang Kultura" is presented by CSUSM's Kamalayan Alliance. JP Aquino-Villanueva moves in with his mother, Irene, after spending a good portion of his life being raised by his grandmother, Serena. After his father's death occurred when he was younger, JP's relationship with his mother only grew to be more distant and estranged As JP tries to fit in at a new school, he discovers that they have a spoken word club known as "SinKu". Here, he finds new friends and is given the opportunity to write about his experience with his mother and growing up as a Filipino-American.