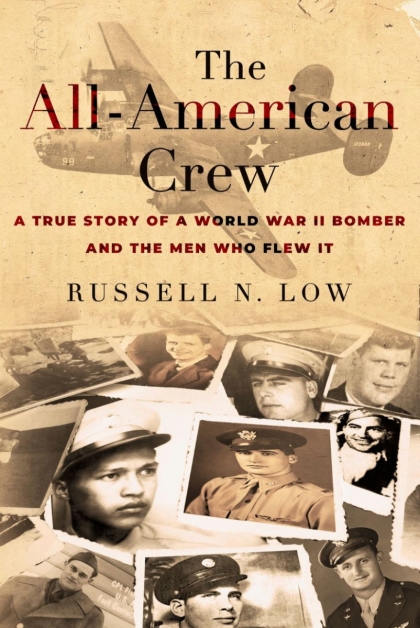 On January 23, 1943, a B-24 Liberator bomber and its crew of ten men disappeared without a trace in New Guinea. Their families never knew what happened to them. Now, 80 years later, their long-forgotten letters and dusty photographs finally tell their story in Dr. Low’s new book.

Join us on June 18, as the author shares the story of Stanley Low, a Chinese American kid from Salem, Oregon, who wasn’t yet old enough to vote or drink beer, yet, who joined the army because there was a war on and it was his duty. As Stanley trained to become a bomber nose gunner and went into combat, he experienced loneliness, racism, his first beer, his first romance, and the horrors of war.

Russell Low is a California-born 4th generation Chinese American physician who is a great grandson of Hung Lai Wah, a Transcontinental Railroad worker and Tom Ying, a rescued child slave. His story sheds light on the trafficking of young Chinese women in the 1800’s as part of the illegal slave trade. The story of his great grandparents and their descendants has been featured on the History Channel, BBC Radio, National Public Radio, the Voice of America, and is included in the California State Railroad Museum, and the Smithsonian Museum of American History.