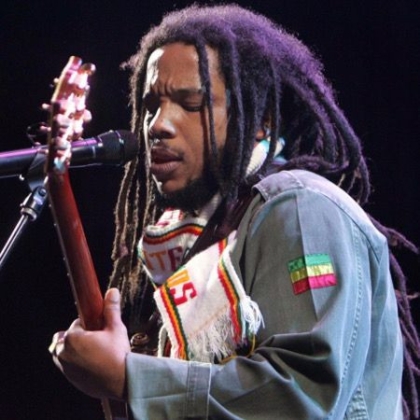 Eight-time Grammy award winning singer, musician and producer Stephen Marley is a true pioneer of reggae music. The second son of music icons Bob and Rita Marley, Stephen is a legend in his own right, producing a robust collection of prolific music that infuses reggae with hip hop, soul, jazz, doo-wop and much more.

He began his career at the ripe age of six—singing, dancing and playing percussion with his siblings in The Melody Makers. While still a teenager he assisted in the production of the all of their albums including their three Best Reggae Album Grammy winners Conscious Party (Virgin Records, 1989), One Bright Day (Virgin Records, 1990) and Fallen Is Babylon (Elektra Entertainment, 1998). In 1993 Stephen founded the record label Ghetto Youths International with his brother Ziggy Marley as a means of controlling their own music and support emerging artists.