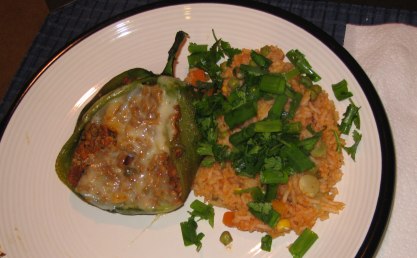 "Tex-Mex" is a blend of Mexican and southwest U.S. cultural elements. The term when applied to food typically indicates a method of preparing traditional Mexican foods with ingredients more commonly available in the United States. There are many variations of this dish, this is based on the one my grandmother made. This recipe serves two, but it can be doubled to serve more.

Stuffed peppers can be served with Mexican or white rice and either re-fried or black beans. Enjoy! 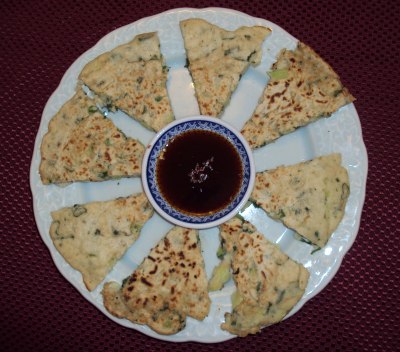 Pa jun is traditional Korean-style savory pancake with is enjoyed with a dipping sauce. While eaten throughout the year, it is a particular favorite for the Korean harvest holiday Chuseok, a three-day holiday celebrated on the 15th day of the 8th month of the Korean lunar calendar. It is a time for honoring ancestors, sumptuous feasts and the playing of traditional games and sports such as archery, ssireum (Korean version of sumo wrestling) and tug-of-war. Other foods popular at Chuseok include bulgogi (grilled marinated beef), japchae (stir-fried cellophane noodles) and songpyeon, a rice cake steamed on top of pine needles. 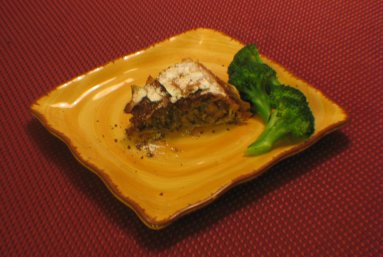 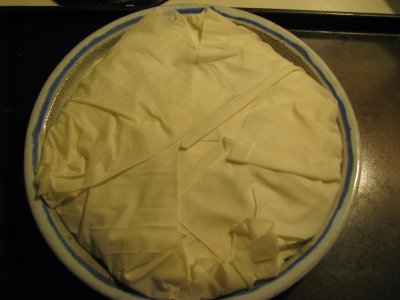 This recipe can be used with chicken, pork or fish, what makes this dish distinctive is the special rice that is used and the accompanying "dipping sauce." This meal has very simple ingredients and is relatively easy to prepare. It is enjoyed both in Laos and Thailand. The dipping sauce is very spicy, but this can be adjusted to personal preferences. Although it is commonly referred to as "sticky rice", it is more properly known and sold as "sweet rice". Please note that other varieties of rice cannot be substituted for sweet rice, they just won't work at all. Our directions call for the use of a Thai sticky rice steamer and a steaming basket. You can purchase an inexpensive steamer "kit" at the Thuan Phat Supermarket. It is possible to make sticky rice with a standard American vegetable steamer basket. We have tried both methods and although the Thai steamer works best, the other method works well too. Please note, for best results the rice should be soaked in water for 6-8 hours (or longer) before you start cooking it.

Sauce Preparation:
Tolerance to chilies varies greatly from person to person, you should adjust the number of chilies to the tastes of your guests. Use 1 to 10 chilies.

Sticky rice with mango is a very popular and delicious dessert. It can be made with the rice left over from the recipe above. It's very easy to make. Sweeten (to taste) coconut milk with sugar and then pour the mixture over a mound of sticky rice. Top with slices of fresh mango. If you like mangos, try to find a mango slicer as slicing mangos is a bit challenging and the slicer makes it simple.

"Creole" and "Cajun" are two terms often associated with the state of Louisiana and the city of New Orleans. The two words refer to different, although related, cultural traditions. Cajuns—who live throughout much of Louisiana—are considered to be descendants of French colonists who were exiled from the eastern maritime regions of Canada (principally Nov a Scotia, aka "Acadia" from which the term "Cajun" derives) in the late 1700's during Le Grand Dérangement. Cajun culture is not, however, purely French having been strongly influenced by Southern US cultures. "Creole,"—"a term which linguists use to denote a stable language which is a mixture of two dissimilar languages—is variously used to denote people who are; a mixture of European and African descent, Southern U.S. residents who are French descendants, or a person of European descent born in the West Indies or Latin America. In common usage there is a great deal of overlap in these two cultural terms although they are not interchangeable.

The word Jambalaya has many competing folk etymologies, but the Oxford English Dictionary considers it to be derived from the French Provençal word "jambalaia" meaning "mixture" a meaning that is well suited to its cultural milieu. Jambalaya is a dish that is thought to have originated in the European quarter of New Orleans, now commonly known as the "French Quarter" or simply "The Quarter". Although originally established by the French, much of the present day historical architecture was built during subsequent Spanish rule as many of the original French buildings were destroyed by fires in 1778 and 1794. It is likely that Jambalaya was a New World approximation of Spanish Paella in which tomatoes were substituted for saffron. Jambalaya, like the architecture and the inhabitants of the city of New Orleans, regales in the complementary blending of diverse elements and cultures.

Unlike Cajun style Jambalya, Creole style Jambalaya is cooked with tomatoes. Another difference is that Cajun jambalaya, also known as "Brown Jambalaya," is darker in color due to generous browning of the meats and is generally spicier than its Creole cousin. Unlike other dishes in Louisiana (notably gumbo and étouffées), but similar to Paella, rice is integral to the dish itself. Differing from its culinary ancestry, Paella, Jambalaya is cooked with long grain, not short grain, rice. As you can see from the directions below, preparation is quite easy and relatively quick. Variations of ingredients abound, so feel free to experiment!