Spotlight: The Center for World Music

Instruments for the Musicàntica group

The mission, purpose, philosophy, and goals of the Center for World Music are implemented by means of four San Diego and international high-quality programs: a Concert Series Program of more than 20 concerts a year, a World Music in the Schools Program (with 14 native and native-trained artist-teachers in residence), a Special Events Program (e.g., festivals, home concerts, workshops, etc.), and a Cultural Tours Abroad Program (with music and dance workshops and performing arts tours in Bali, India, China, Istanbul, Peru, Mexico, and Ghana).

The Center for World Music was created by Samuel H. Scripps and his wife Luise in 1963 as the American Society for Eastern Arts, with an initial mission of introducing the Asian performing arts to the American public. The Society soon broadened its scope and appointed Dr. Robert E. Brown as Executive Director in 1973, when it was reborn in Berkeley, California as the Center for World Music. Activities at that time included 40 artists in residence from Asia and Africa, year-round teaching at a Berkeley facility, and a successful Indonesian Music in the Schools program (funded in part by the National Endowment for the Arts) in Berkeley, San Jose, and Oakland. At its height, the Center administered its activities with an annual budget in excess of $500,000. 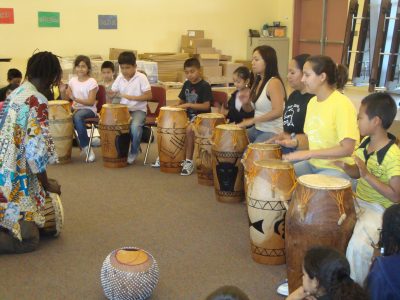 In 1979 the Center moved permanently to San Diego, where it continued to foster world music appreciation and performance through association with local universities and colleges, and expanded its outreach through projects developed with the local Hmong, Filipino, Indian, and Chicano communities. Based on its successful school programs, the Center for World Music has continued to sponsor artists in support of world music for children through artist sponsorships, including an extensive World Music in the Schools Program begun in San Diego since 1999. At the Museum School, for example, students studied Indonesian gamelan music, ethnic dance, instrument building, and Japanese shakuhachi flute via a rigorous curriculum, delivered by four artists in residence. During the 2009-2010 school year, the Center served 2,210 students at 9 schools with long-term weekly classes (13-28 weeks) and provided an additional 3,240 students at these 9 schools with school-wide assembly performances by the Center 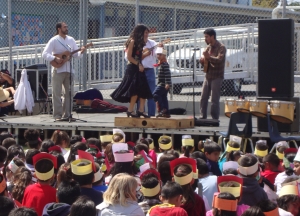 To learn more about the Center for World Music, please visit our website: www.centerforworldmusic.org
Dr. Lewis Peterman, (former) President of the Center For World Music