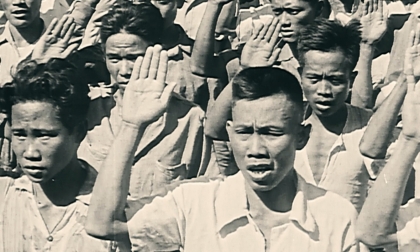 Three veterans trace their paths from war to erasure by the U.S. government. Winding through a seldom-told history of the Philippines, seized by the U.S. as a colony in 1899, through a 40-year stretch of lethal imperialist policies, Celestino Almeda, Rudy Panaglima and Feliciana Reyes find themselves inducted into the U.S. Armed Forces during WWII. After their service, Congress declares them, and hundreds of thousands more, to be “not on active duty.” These veterans are denied back pay, GI benefits and promised citizenship. From 1946-1948 the U.S. Army further disenfranchises these veterans by reconstructing rosters of service which also secretly refuse to recognize the service of women. Today, Celestino, Rudy and Feliciana represent the tens of thousands of elderly veterans who remain unacknowledged despite their evidence of service. As judicial solutions hit a brick wall and all eyes turn to Congress, this documentary asks the hard questions: Will America stand up for the values it claims? Will these veterans get the recognition they deserve before they are all dead? The plight of these veterans unfolds alongside interviews with family members, legal, legislative, and military advocates, archival footage, and 3D animation of rediscovered WWII art.